In order to put our undertakings in the right context in this project, we provide here some background information on the topic of climate from an ecological point of view with the corresponding references.

Climate is what you expect, weather is what you get.      Prof. A. J. Herbertson, Brit. Geograf

"Faced with an unprecedented crisis, society has no choice but to take drastic measures to prevent the downfall of civilization. Either we change our way of life and create an entirely new world society, or our way of life will be changed for us."

Environment and Development Challenges: The Imperative to Act[1]

Autorin: Annika Held Two souls dwell in my breast. Goethe already knew that. I have to think of that again when I feel the almost irresistible urge to throw my television out of the window. While the poor device is not to blame for this, at least not primarily, it only dutifully and innocently reproduces in words and pictures the statements of a certain Bavarian politician on the subject of purchase premiums for the car industry. At that moment, when the spark of hope dies in me that politicians have finally understood the absolute necessity of rapid action in the climate crisis, I am faced with a decision: do I give in to my quick-tempered temperament (with all the consequences) or do I practice the distinguished, reserved and well-considered analysis that three years of scientific study (should) inoculate every student with. Obviously, I choose my scientific side (producing even more electronic waste is not in the interest of the planet), whereby you, dear reader, are a welcome substitute addressee for my discussions on the corresponding topic of the climate crisis. Pardon? Sustainable agriculture is the topic of this blog? Wonderful, we are going to kill two birds with one stone! After all, agriculture and the climate are closely linked, for better or for worse. But one thing at a time!

As the example from the world of politics once again clearly shows, it seems that we have still not penetrated what is in store for us all. What does it mean for us, and above all for agriculture, if the climate changes? There are even dreamy contemporaries who believe that a warmer climate is good for agriculture in our latitudes and that we do not need to worry about it. So let's take a closer look at the matter: The origin of the whole mess is a phenomenon that was already described by physicists in the 19th century and which today, under the name of the greenhouse effect, should be familiar to every schoolchild. The way it works is very simple. Gases in our atmosphere ensure that part of the heat radiation from the earth's surface is retained and not radiated into space. Without this atmosphere, the average temperature on Earth would be around -18°C, water would only be available in frozen form and life would probably never have developed. In itself, the natural greenhouse effect is therefore perfectly fine... until man came up with the glorious idea of blowing carbon, which had been removed from the natural cycle for millions of years, back into the air in the form of carbon dioxide and methane. That's where the problems started.

It's getting warmer... How much warmer?

In itself, it is first of all an idea with charm: it's getting warmer, we don't have to fly far to have beach temperatures, the vegetation period is getting longer, the harvests are increasing, so what? As an uninitiated contemporary said to me: "Actually, it's unfair, we only have advantages from climate change, right?" Well, yes, that's what you get when you talk about global warming and not a climate crisis, which it actually is. Because warming not only causes higher temperatures on average over the year and globally, but also causes an increasing decoupling of the most diverse biophysical parameters. It becomes particularly dangerous when various elements of the global climate system change, we speak here of tipping elements, such as the collapse of the West Antarctic ice sheet or the dying of the tropical rainforests. The former is already considered to be unavoidable. Any exceeding of these climate thresholds increases the risk of a catastrophic, self-reinforcing cascade effect that plunges the planet into climatic chaos. The collapse of global ecosystems would further intensify this process and create a world that in no way resembles the face of the earth today. Orderly agriculture in such a chaotic and unpredictable environment, combined with the loss of key ecosystem services, would be an impossibility, and the entire human civilization would not survive such a process.[2] And it cannot be ruled out that this scenario, known as the "hot season", will occur as soon as the 2-degree limit is reached. If we continue to be inactive and do not reduce emissions quickly within the required limits, we will probably experience global warming of 4-6°C by the end of this century[3], [4] We literally hold the lives of all future generations (however many there may be) in our hands.

Anyone who wants to know more about the devastating consequences of unchecked climate change should refer to the existing literature. David Wallace-Wells describes these dangers in a very impressive and entertaining way in his book "Die unbehabbare Erde - Leben nach der Erderwärmung". For those interested in a comprehensive insight into all aspects of climate change, Naomi Klein's haunting work "The Decision: Capitalism vs. Climate"

So, mood at rock bottom and we still haven't really talked about agriculture. Mea culpa. However, in view of the circumstances described above, I simply think it is urgently necessary to state clearly that we are dancing on the volcano. And that the climate crisis is simply the greatest danger (and challenge) mankind has ever faced. And agriculture has a central role to play, for better or worse.

Let's now look at its current contribution to the issue: Global direct emissions[5] from agriculture - including energy and mineral oil consumption[6] of agricultural machinery and production plants - were 5.79 gigatonnes of CO2 (eq) in 2017, which corresponds to about 16 percent of all emissions. Another 3.15 gigatonnes or 9 percent were released by land use and land-use changes (such as deforestation). In total, a good quarter of all global emissions from agricultural use are thus attributable to the agricultural sector, which entails an enormous responsibility. Currently, industrial agriculture is concentrating primarily on technical solutions (important keywords are precision agriculture and digitisation) without questioning the current system itself. In itself, direct emission reductions are of course very sensible, but they ignore one essential aspect: every pasture, every field, every arable land could become a sink of carbon, and agriculture itself could bring its net emissions to zero via this sink effect. Sounds too good to be true? On the contrary.

Maybe you have heard of Carbon Capture? Behind it is the (hypothetical) possibility of capturing and storing carbon on an industrial scale. So far, no technically feasible processes have been found that could make such a process possible on the scale required. It's not too bad, since the solution has probably been around for a good three billion years and is called oxidative photosynthesis. And the lovely green organisms that make up the vegetation of this planet have mastered this process to perfection. Every tree, every shrub, every blade of grass absorbs carbon dioxide and, in a complex process using water and energy from sunlight, forms energy-rich assimilates that are the basis of our food. As a waste product, oxygen is released back into the air. Carbon is thus actively bound by plants. Wonderful. Only such a plant dies one day and is eaten. What happens to the carbon then? Well, it is either incorporated into the body substance of the eater (where it remains until the eater dies) or it is breathed in order to produce energy. Which is stupid, because then it ends up back in the atmosphere, exactly where we don't want it! How do we solve this now?

The thing about the soil…

Do you know where fossil fuels come from? From the ground, right! No, don't laugh, because that's actually the solution. The carbon has to be returned to the soil, organically bound in the form of humus, that strange substance that has a significant influence on the nature and performance of soils. The American soil scientist Rattan Lal, among others, has been emphasizing for years the immense potential that lies in the creation of a stable humus layer. Theoretically, the combined sink effect of soils and above-ground biomass would be sufficient to compensate for all the emissions that have occurred since the beginning of industrialisation by 2100, assuming globally adapted best management practices. [7] Even if this is only a theoretical figure, it makes it very clear how enormous the potential for net emission savings actually is. In 2015, the French government has launched the Initiative 4 per 1000, which aims to create precisely this type of humus on agricultural soils. Global farmers' organisations such as La Via Campesina and the Regeneration International initiative are also committed to soil ecosystem-based agriculture, which not only actively combats climate change but also regenerates natural ecosystem functions, which in turn strengthens the ability to adapt to changes that are already taking place. This is because a strengthened, intact soil with a flourishing soil life is also the basis for natural soil fertility and for other ecosystem services such as water retention and buffering. Soil must once again become the foundation of all agricultural models.

What does it all mean?

What can domestic agriculture expect in the coming decades? We now know that we must do everything possible to stay below or at least at the 2-degree limit. But even then, climate change will already have sensitive effects on global ecosystems (shifted weather parameters, increase in extreme weather situations, decoupling of ecological processes). Some changes, such as the expected extension of the vegetation period in Central Europe and effects of increased carbon dioxide fertilization, could tend to have positive effects, but it is unclear to what extent they will be offset by individual negative events (such as extended droughts in summer). [8] In principle, uncertainty is increasing and it is not possible to predict how key ecosystem functions will change in the future. Climate change is not taking place in a vacuum, but, together with the continuing extinction of species and global environmental destruction, it is forming an ominous triumvirate that is putting increasing pressure on the natural (enormous) regenerative forces of the biosphere. Consequently, we must adapt our agricultural models so that they

3. react resiliently and adaptively to climate change (strengthening the agroecosystem)

An enormous task, therefore. But the wonderful thing is, around the world numerous initiatives and farmers are trying to develop and test exactly such alternative models. Whether under the keywords Holistic Management, Agroecology, regenerative agriculture or permaculture... all these approaches rely on the enormous regenerative power and the natural productivity of nature. And this project is one of them.

1] Joint paper by the winners of the Blue Planet Prize, including Gro Harlem Brundtland (former Prime Minister of Norway) and James Hansen (former director of the NASA Goddard Institute for Space Studies), German translation based on Naomi Klein's The Decision: Capitalism vs.

5] Unless otherwise stated, all the following emissions data are taken from the FAOSTAT database of the United Nations. The quantities are given in carbon dioxide equivalents CO2 (eq), which also take into account methane and nitrous oxide emissions.

6] Unfortunately, global emissions from energy consumption in agriculture are only available for 2012, not 2017. Unfortunately, there is a tendency for them to increase over the years, so it must be assumed that current emissions are higher than those shown here. For Germany, the data situation is even thinner, which is why data from 1998 had to be used (here too, an actual increase must be expected). 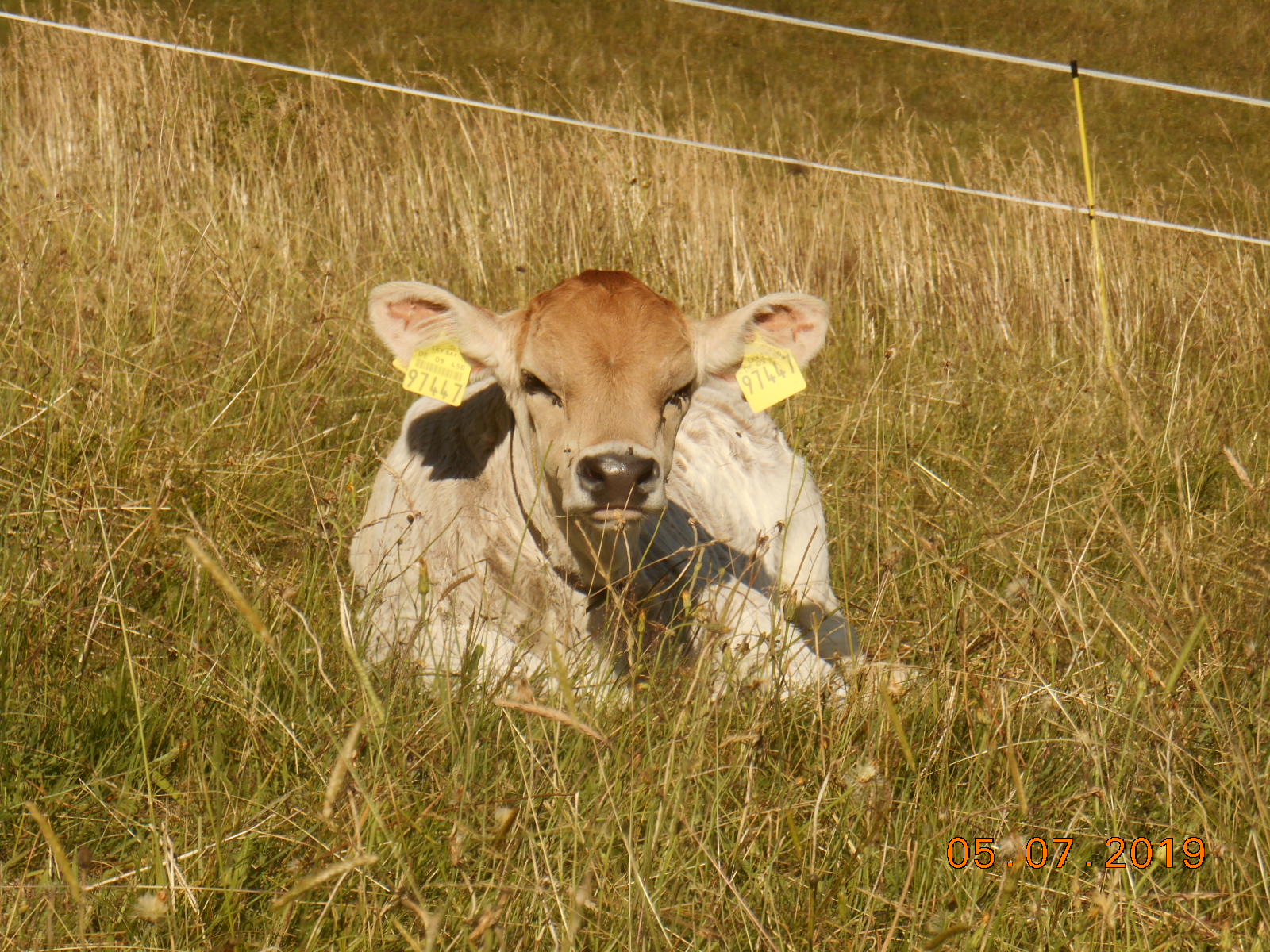 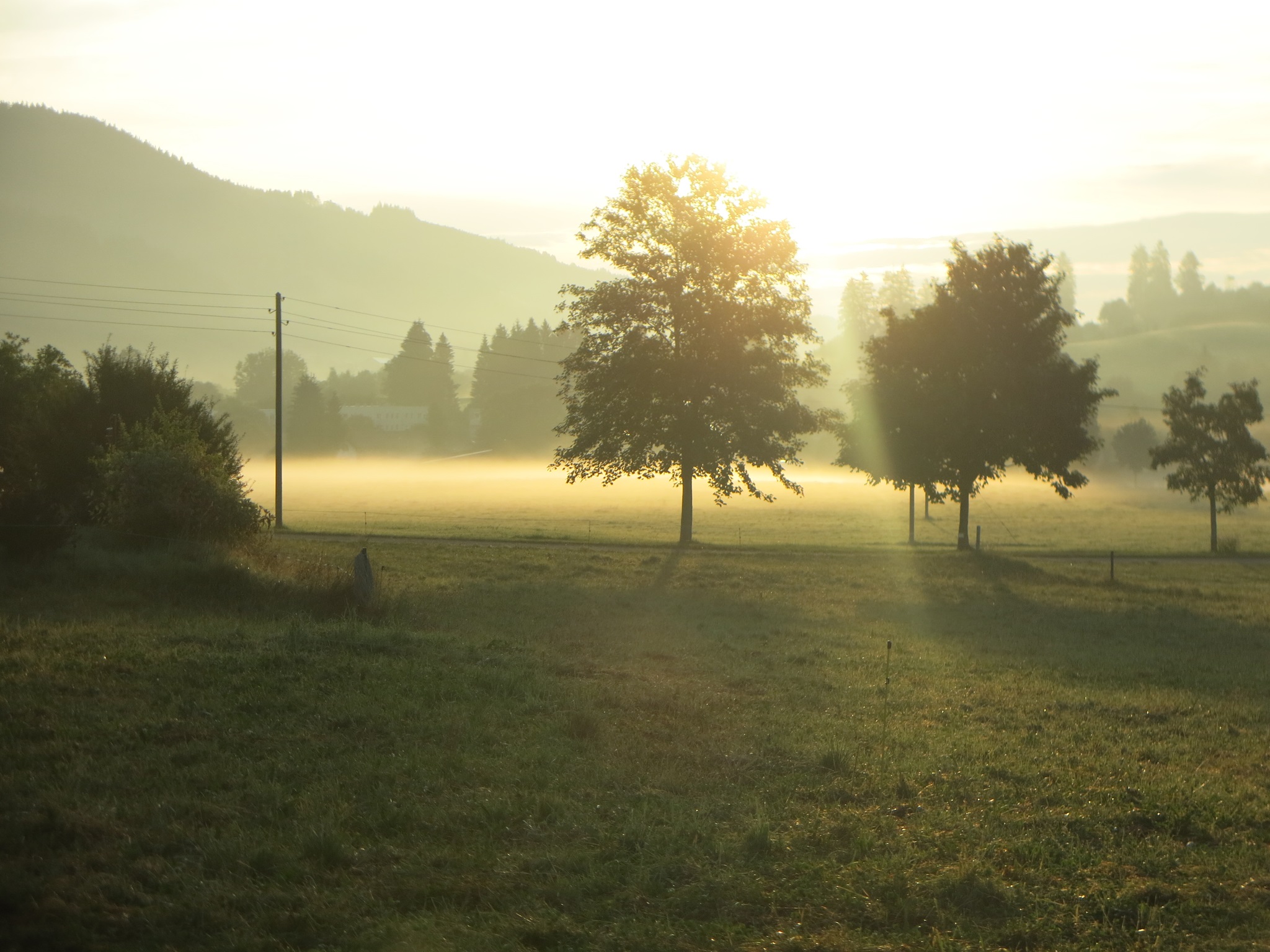 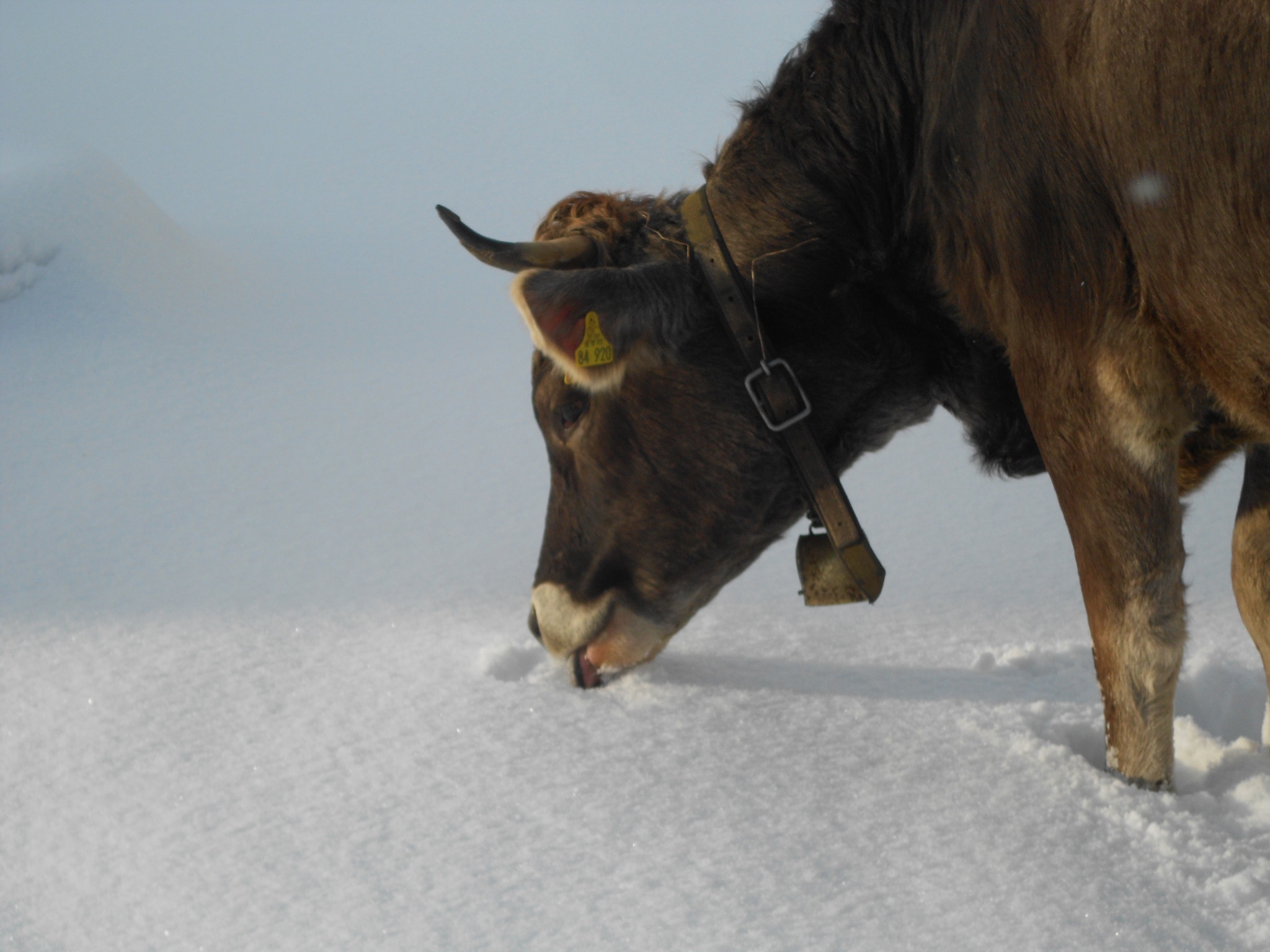 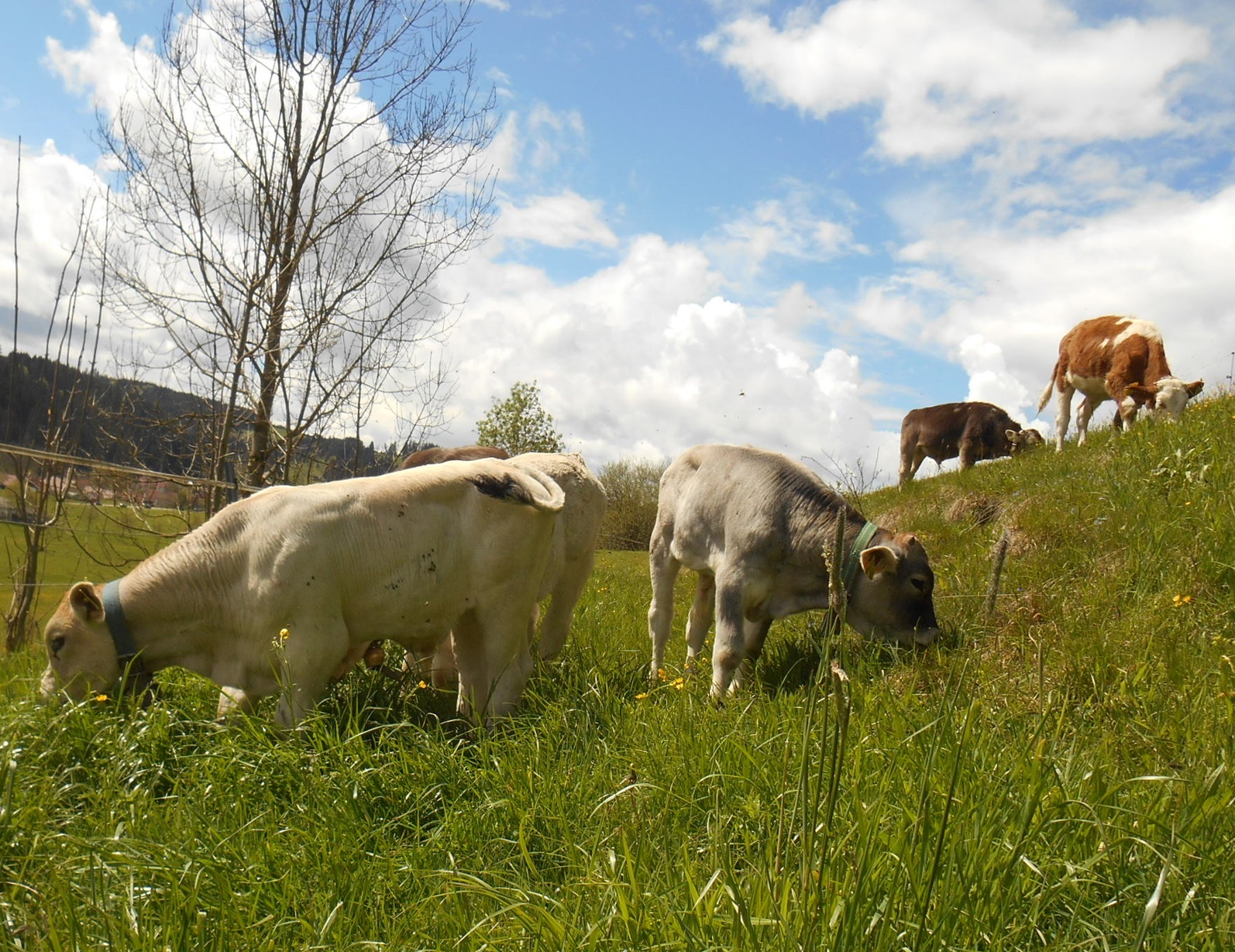 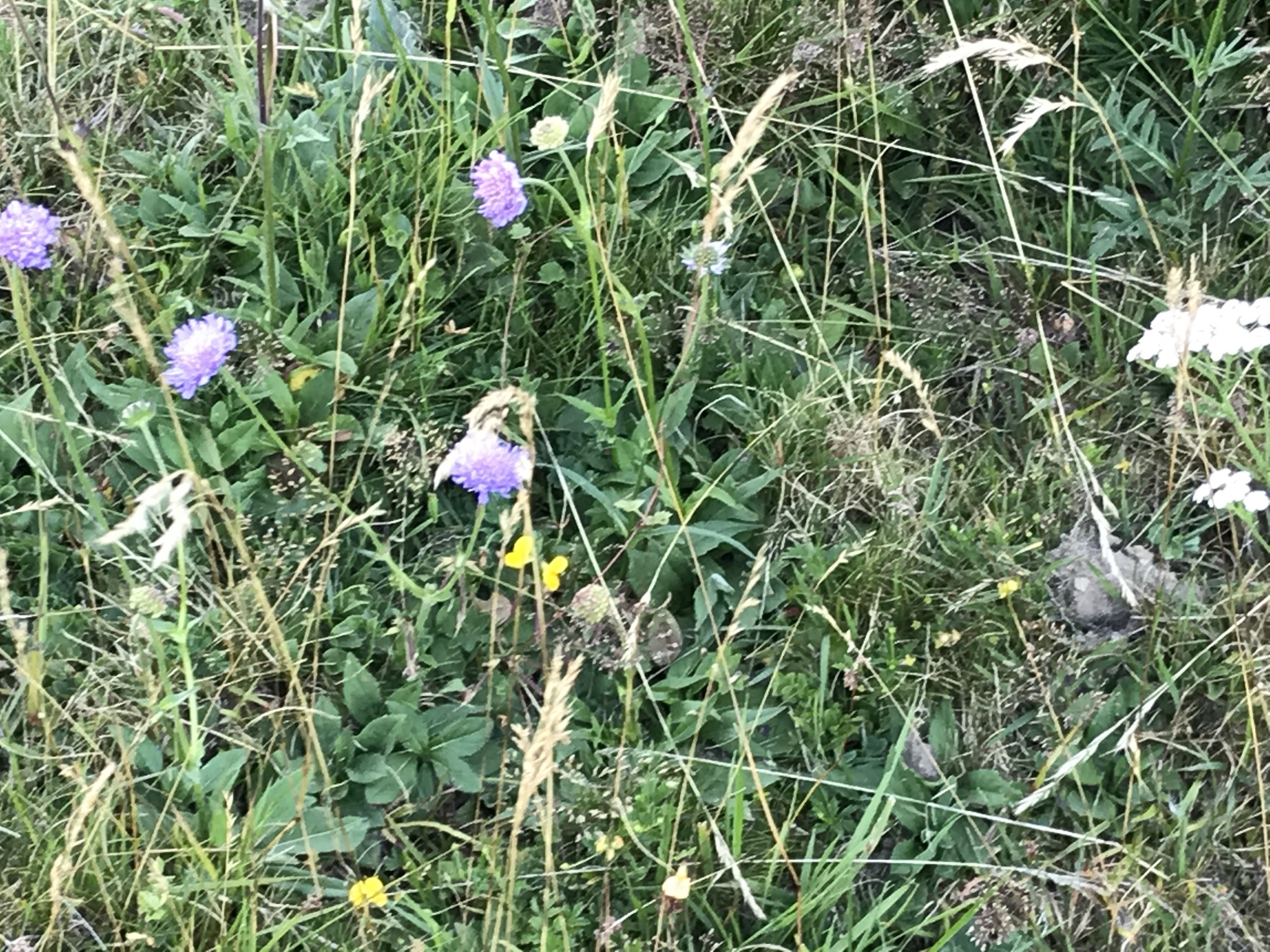 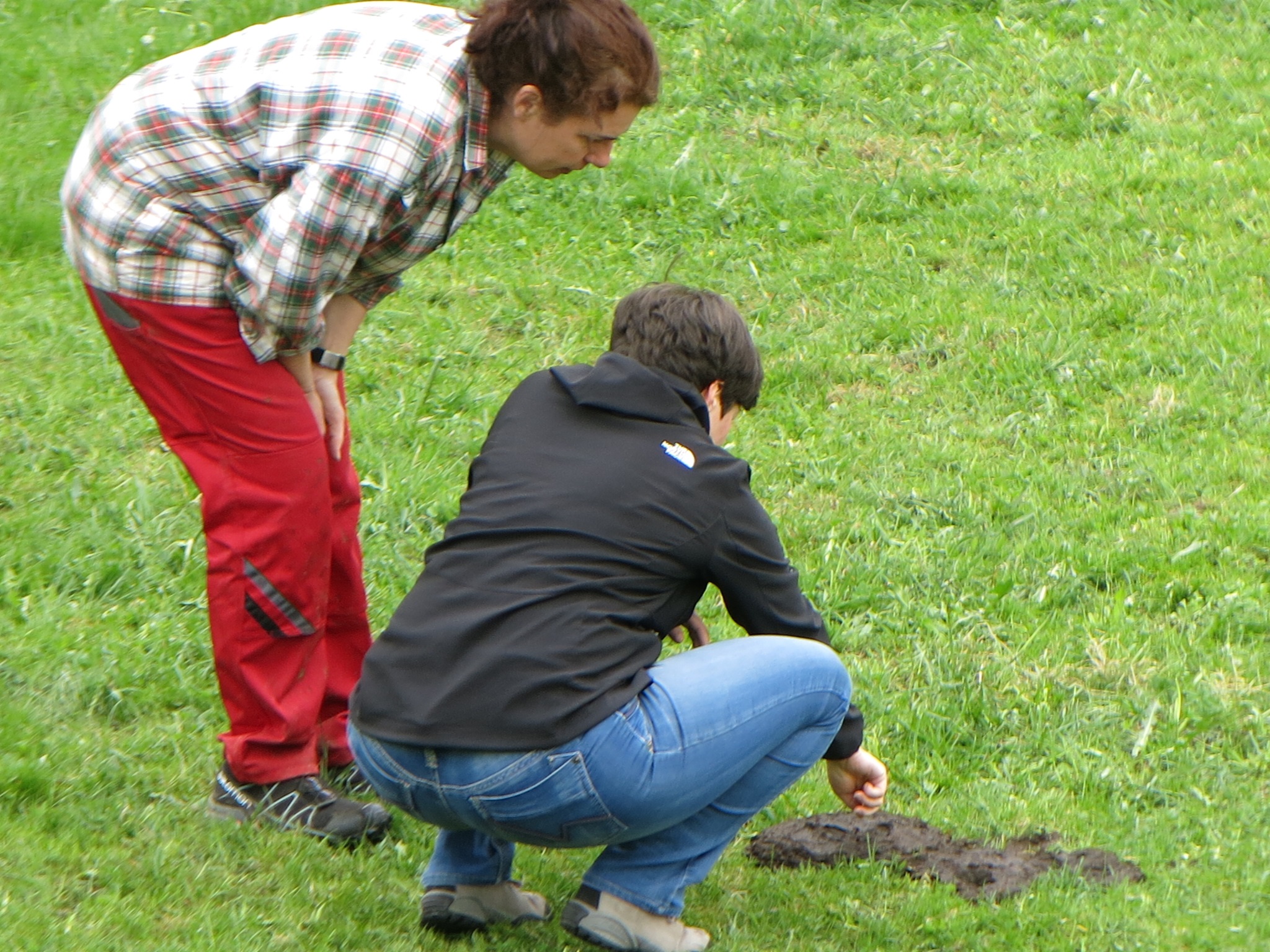 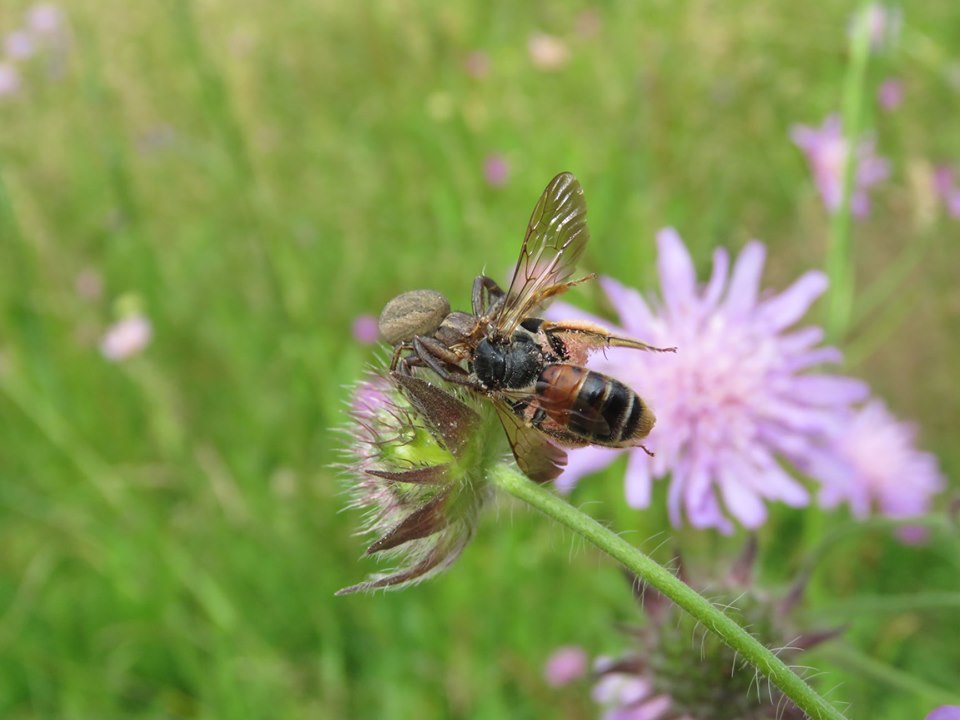 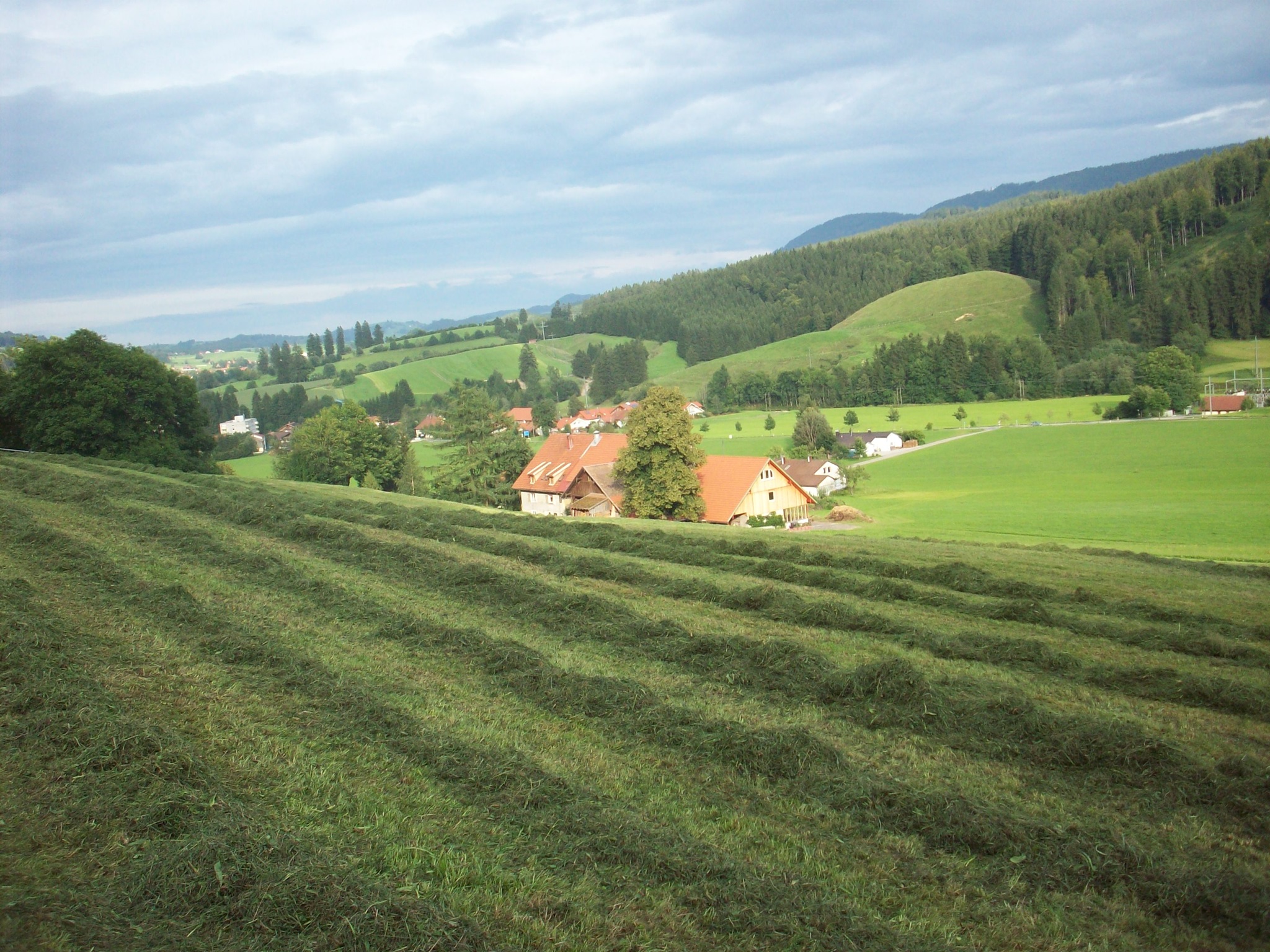 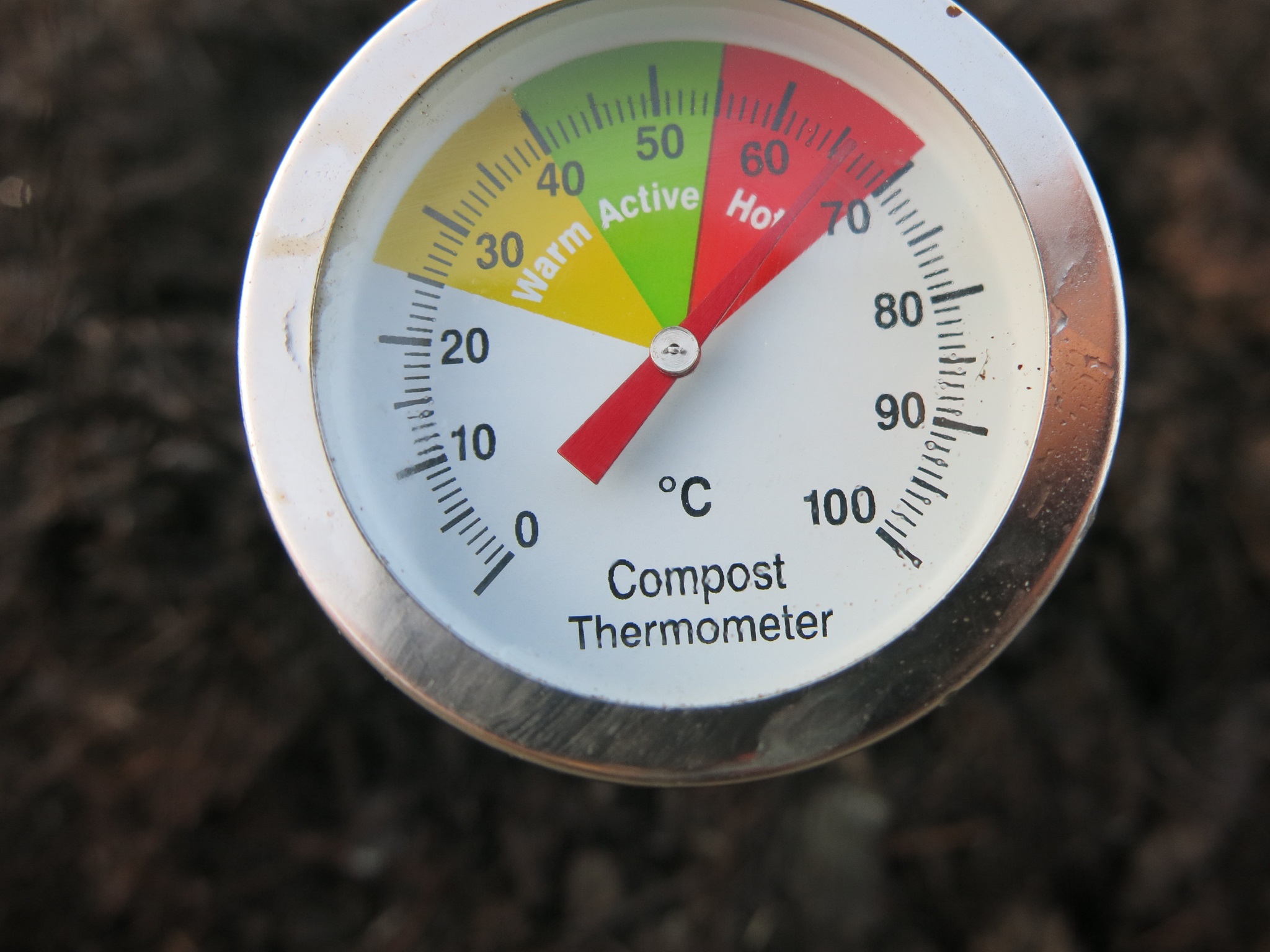 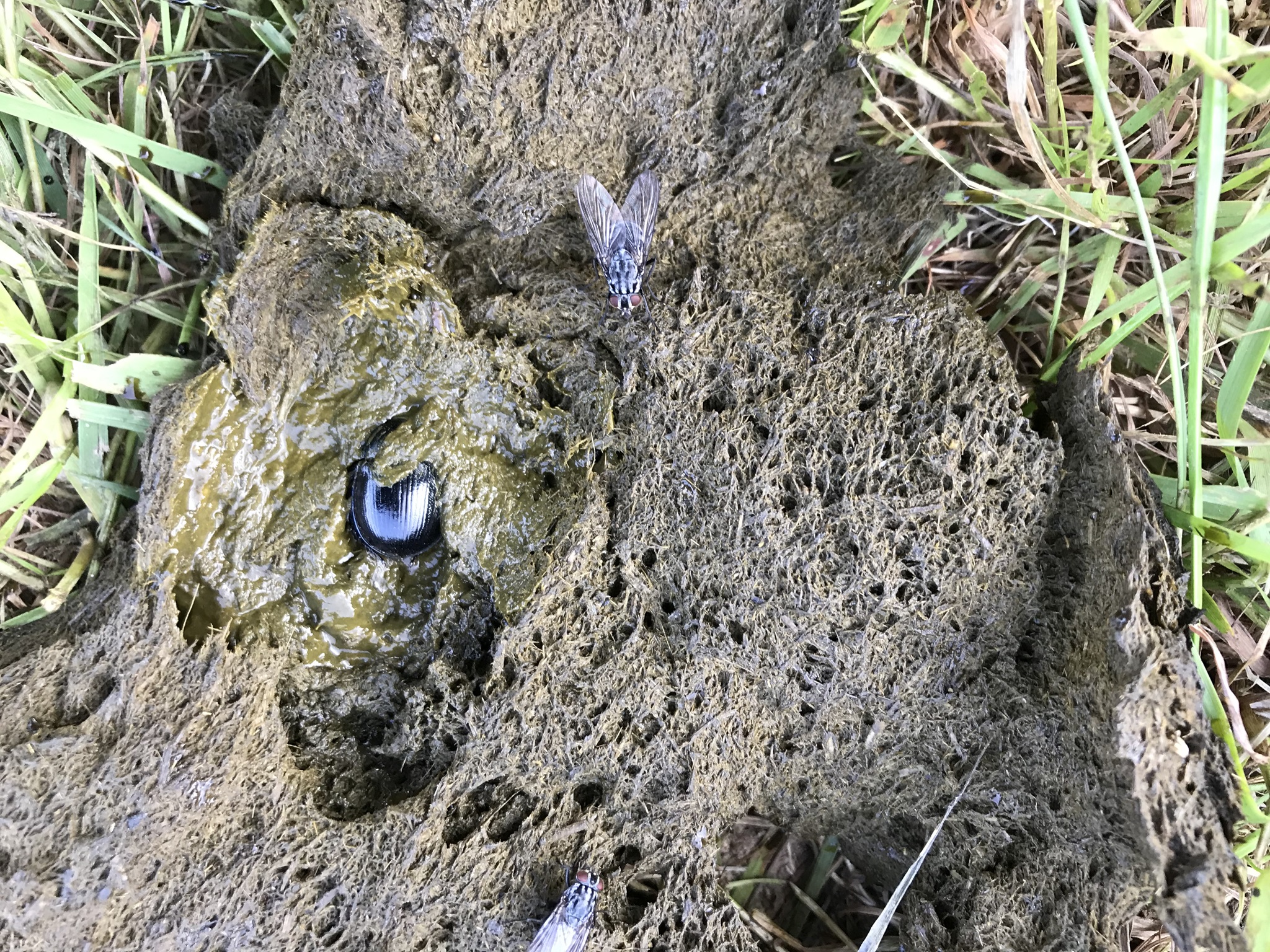 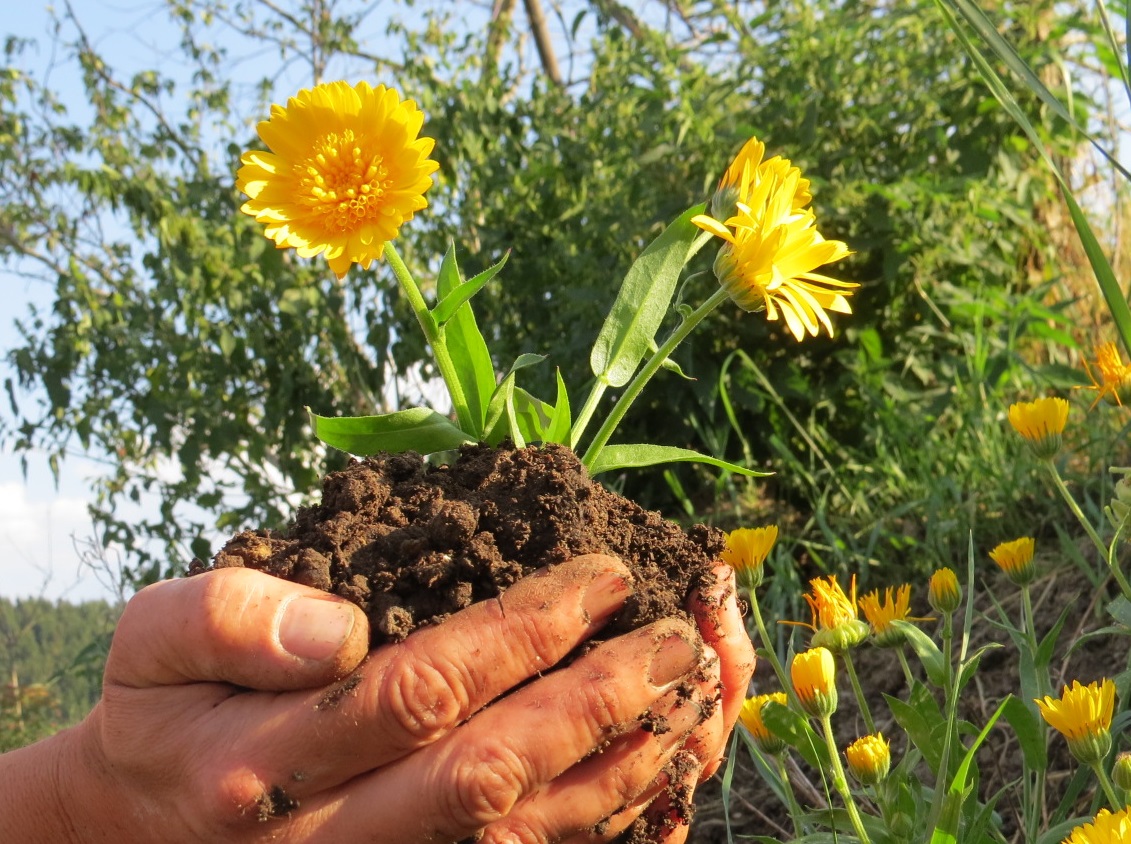 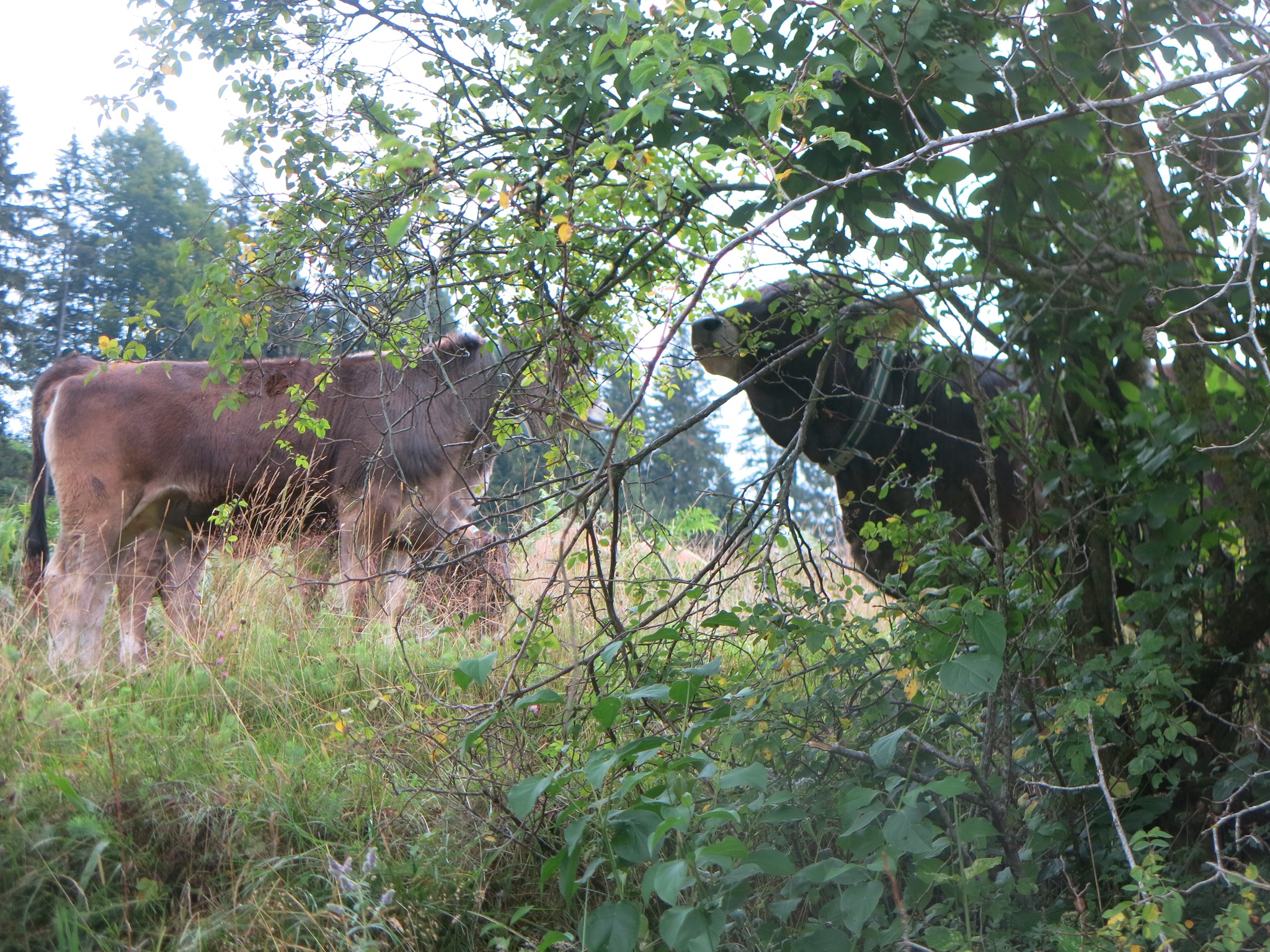 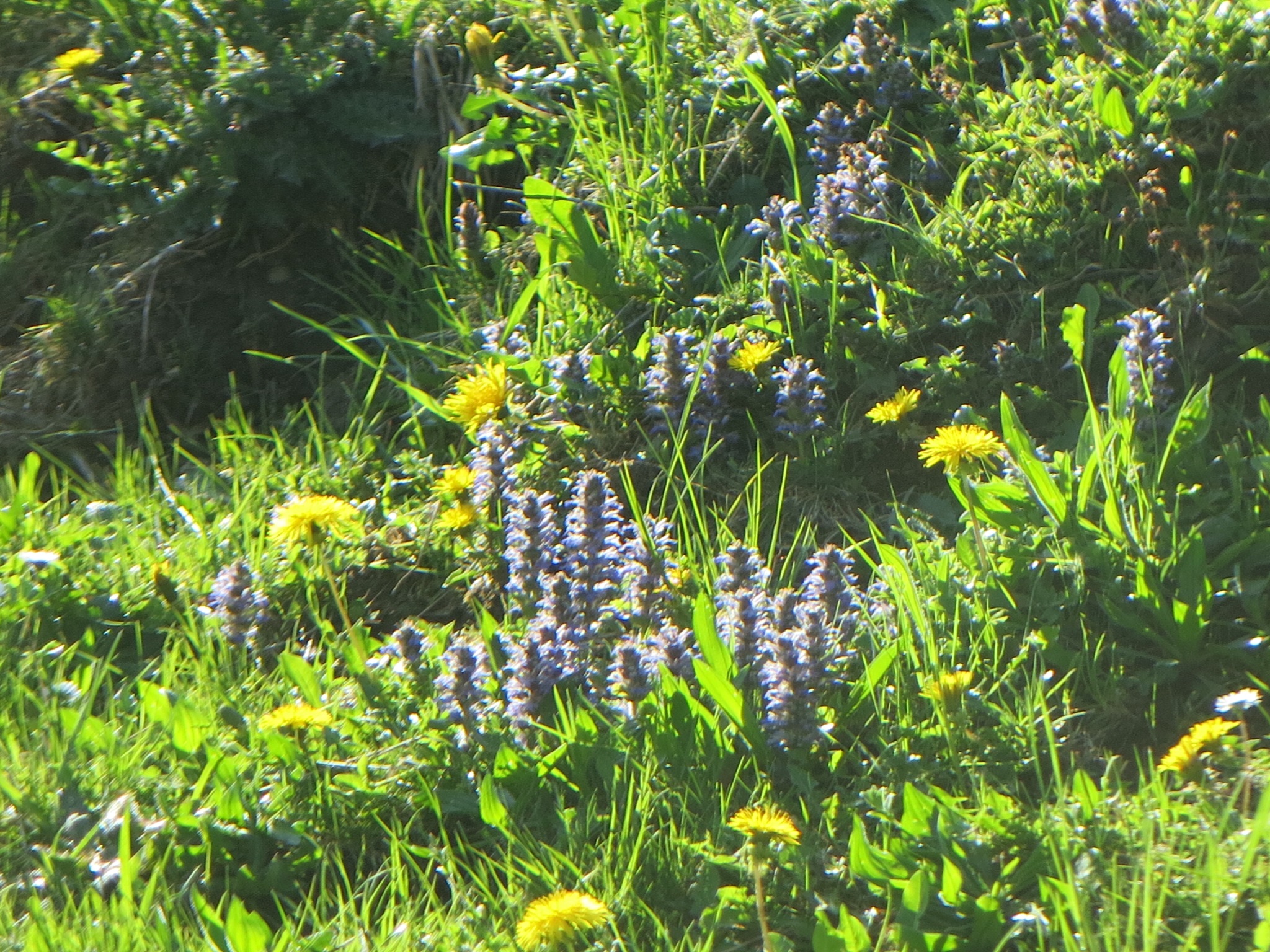 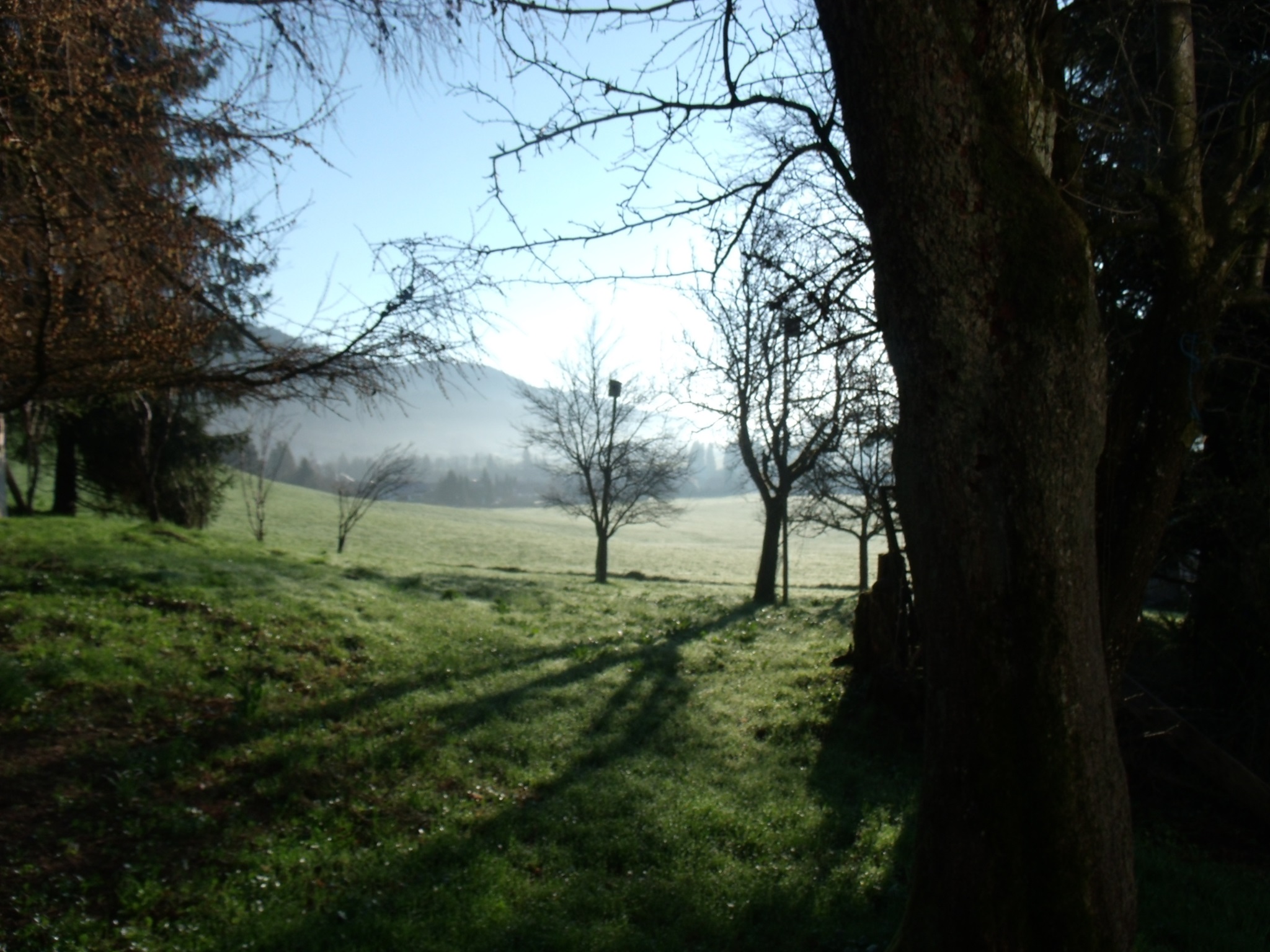 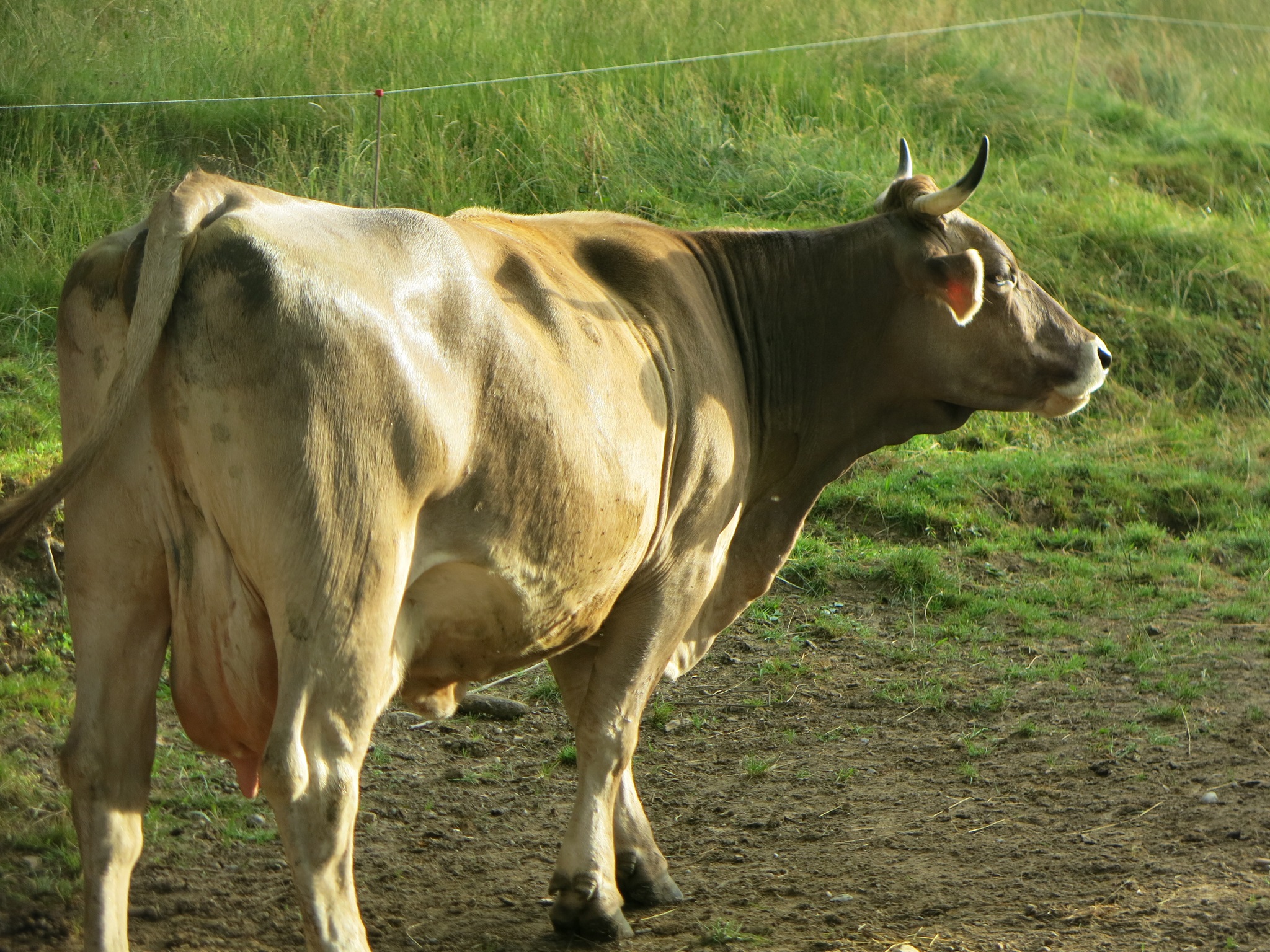